From Weapons to Wetlands

The Successful Cleanup of the Fernald Nuclear Site

Introduction: Tell Me Your Vision

The sounds were almost too soft to hear, but the message they carried was resounding. A few clicks on the computer keyboard, followed by 49 footsteps from one end of the small office complex to the other. And then it was done: a copy of a declaration letter was transmitted from Fluor Fernald to the Department of Energy, officially completing the cleanup and closure of the Fernald nuclear production site at 4 p.m., Sunday, October 29, 2006. 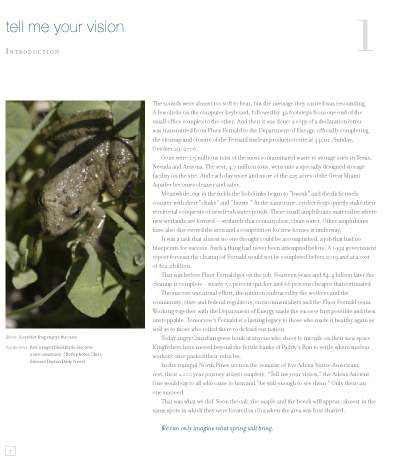 Gone were 1.5 millions tons of the most contaminated waste to storage sites in Texas, Nevada and Arizona. The rest, 4.7 million tons, went into a specially designed storage facility on the site. And each day more and more of the 225 acres of the Great Miami Aquifer becomes cleaner and safer. 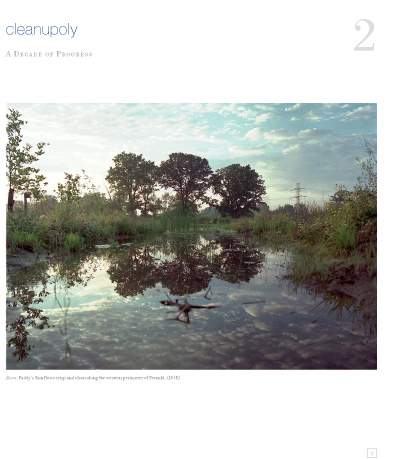 Meanwhile, out in the fields the bobolinks begin to “bwink” and the dickcissels counter with their “chuks” and “brzzts.” At the same time, cricket frogs quietly stake their territorial conquests of new fresh water ponds. These small amphibians materialize where new wetlands are formed — wetlands that contain clear, clean water. Other amphibians have also discovered the area and a competition for new homes is underway.