Closing the Circle of History

A History of the Fernald Site… Its Workers and Successful Cleanup.

In the late 1940s, at the dawn of the Cold War, the Atomic Energy Commission (AEC) authorized construction of a single consolidated production facility to supply uranium feed material to the entire U.S. nuclear weapons complex. At that time, feed material was produced in separate plants in St. Louis, Mo.; Cleveland, Ohio; and Niagara Falls, N.Y. The new facility, encompassing both a chemical processing component and a uranium metal refinery, would do it all. The AEC, predecessor of the Department of Energy (DOE), asked the Catalytic Construction Company, its architectural and engineering contractor, to determine the ideal site for the consolidated plant. If all went according to plan, the facility would be up and running by January 1953. 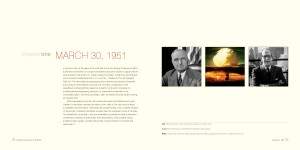 After investigating more than 60 locations throughout the Midwest and South, Catalytic Construction narrowed its search to two sites in Ohio and one in Indiana. It ultimately recommended a 1,050-acre plot outside Fernald, Ohio, a hamlet situated on the border of Hamilton and Butler counties near the southwest corner of the state. The Fernald site, according to the recommendation, provided the ideal combination of attributes, including “a skilled labor force (machinists); lower property values; a plentiful water supply; a nearby railroad line; close proximity to Cincinnati and level terrain.” 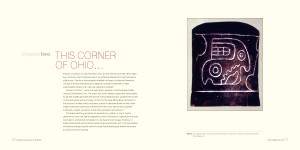